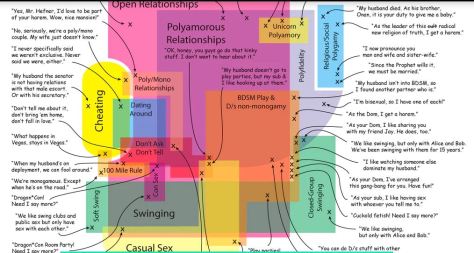 Since I haven’t been posting regularly I plan on continuing doing an update on the people in my life.  I’ve posted about Mike and Kayla, and will share a family-friendly update about my kids, and then our friends within our “Circle of Trust,” and maybe my lunch bunch friends as well.  But before I do, I figured I should cover our 2020 Immersion.

2020 P.C.?
There is a new way to mark time.  “PC” as in “Pre-Corona.”  (and conversely, AC for “After Corona).  Immersion was right on the cusp of Corona.  In hindsight, much closer than we imagined and we are fortunate we didn’t cause our own outbreak.  Immersion ran from March 6 – March 12, which in Corona time seems like years ago.

I also want to mention that I put off writing about it because the idea of talking about overindulgent sexual gratification may be insensitive during these trying times.  However, I also feel it may be just the mental break we all need.  Dive into your fantasies and pick some to actually live out with a partner.   One positive of troubling times is that it underscores that that is no time like the present.

IMMERSION?
Our “Immersion” tradition began in 2016 as an idea we came up with to explore and experiment beyond our normal TTWD.   Setting aside specific “exploratory” time to fully immerse ourselves into all things kink is a great way to open your mind to new things.  There’s a psychological benefit to knowing that it is likely temporary and part of an experiment of sorts.   It allows us a greater psychological freedom to really explore our kinks.

This year?  The theme was SwapFest!.  The idea was to take expand on the best of 2019’s Immersion and use it as an opportunity to better forge individual and collective relationships within our “Circle of Trust.”  We’ve become a very unique group of friends!

CIRCLE OF TRUST (COT)
If you’re new here, our COT is what we call our close group of friends with whom we kink.  This kink can involve swapping partners or various other sexually or kinky oriented play.   The official COT for us includes John and Donna, Matt and Jillian, TJ and Kim, and Jaime and Chelsea.  Auxiliary members include Valerie and Raul, with ad-hoc membership from Mister and Nurse Ann.   A cornucopia of debauchery!

IMMERSION 2020 PC: SWAPFEST
Not sure who exactly came up with the idea.  It was a collective idea that emerged from the guys.   It would include the three of us, of course, along with John and Donna, Matt and Jillian, TJ and Kim, and Jaime and Chelsea.

The idea was simple, we would rotate through a mix of “couplings.”  These would be groups of two or three people who would spend the day and night together.  The idea of these swaps would be to get to know each other better and use that time to not only explore new activities but to learn more about each other.  I hope this image displays properly.  It shows how people were paired with each other:

You read it like this – Day 1, Jill and Chelsea spent the day and night with Jaime, while Donna spent it with Mike, I spent it with TJ, Kayla with Matt, and Kim with John.  The women spent the day at the house/apartment of the respective man.  The rules were we (woman) would serve and submit to that man.   As always, limits and safe words were respected.

This was a big deal on many levels.  Not every couple considers themselves swingers.  They may have done some swap/soft swap here and there, but not as a lifestyle.  Not that we were intending for this to start such a lifestyle — it was meant as exploration and play.  But still, it was a big deal for many involved, especially Jaime and Chelsea.  But everyone was excited about it.

It allowed us to get to know each other in a more meaningful way.  I learned more about certain kinks that some people have.  For instance, TJ surprised me the most in that he liked to be on the receiving end of certain humiliation play and punishments.  I guess I shouldn’t have been that surprised since I knew he liked being pegged, I just didn’t realize what else he was into in that regard.

Being one-on-one with Jaime was also interesting.  He’s shy and quiet but once he got comfortable he let loose in ways that surprised me.   I could share details, but I think I’ll leave some things to your imagination.   It would take too long to give you a blow-by-blow (both literally and figuratively, hee-hee) of each of my pairings.

The threesomes were also interesting.  I drew one, with Chelsea and TJ.  I was glad I got to be with Chelsea on that one as she didn’t really know what to make of TJ and I was able to help her and keep her feeling safe and secure.   TJ is a freak – and I say that in a non-judgmental affectionate way.  I can enjoy a freak.  I can handle a freak.  Chelsea, well, she was a bit perplexed and unsure at times.   We got through it.

In addition to my own fun,  Mike and Kayla loved the experience as well.  We all swapped lots of interesting and sometimes funny stories!

We had planned a Day 6 gathering of everyone and canceled it due to the oncoming Corona and the expected early return of Kim and TJ’s kids.   Oh, the things we have had to give up due to this pandemic!

FILL IN THE ‘IN
Sorry that I was light on the explicit details.  Just know there was a lot of f’in and suckin’ and whippin’ and lickin’ and pokin’ and prodin’ and all sorts of in’in and out’in.   May your imagination run wild!